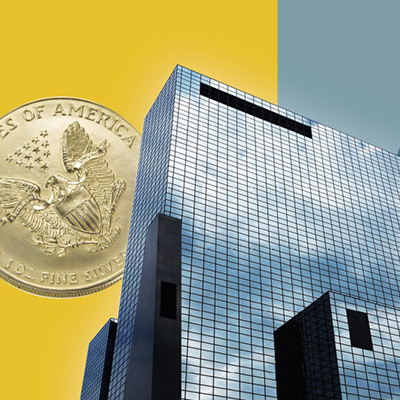 “But the tide is beginning to change. In August, the Business Roundtable, the influential US business group, amended its two decade-old declaration that “corporations exist principally to serve their shareholders”. The Roundtable said: “While each of our individual companies serves its own corporate purpose, we share a fundamental commitment to all of our stakeholders” — customers, employees, suppliers, communities and — last in the list — shareholders.”

Another month, another big gesture on the road to purposeful business – and this time from more reticent quarters.

Despite the roundtable pronouncement, and recent purpose-converts like BlackRock CEO Larry Fink, whose open letter ‘A sense of purpose’ last year made waves, the US remains a divided front. As with all things American, ideological lines cut deep – never more so than when they concern the wallet. Ask any fund where their nervousness lies when it comes to taking an explicit social mandate, and they will say – while many international clients are increasingly open-minded – their US clients remain deeply sceptical of any discussion of profit and purpose. The Council of Institutional Investors, a US lobby group of which BlackRock is incidentally non-voting associate member, believes “accountability to everyone means accountability to no one”. The schisms runs deeper, with many noting that BlackRock’s own portfolio managers may not yet have got the memo.

But for enlightened businesses that understand the vast, mutual and sustainable benefits of socially-beneficial business, rapid change is possible. In 2016, Danone CEO Emmanuelle Faber led a revolution to non-GMO products in under 2 years to improve soil health and biodiversity – a shift initially deemed ‘impossible’, and then feasible only in 10 years. Their non-GMO products have now increased their US marketshare from 30 to 40 per cent and they are now one of the major global corporations on track to become a B-Corp.

Danish wind-energy company Ørsted divested its oil and gas products while performing another ‘impossible’ feat: cutting the cost of off-shore wind by over 60% while building three oceanic wind farms and acquiring a leading US company. It’s now the world’s largest offshore wind company, net profits have increased by $3 billion, and global growth is booming.

While many commentators put the purpose-pivot down to corporate opportunism and ‘purpose-washing’ to sate the appetites of conscientious consumers, these interpretations miss the tectonic shift in the role of business in a society increasingly bereft of political leadership.

As Sarah Kaplan of Toronto’s Rotman School of Management argues: “Companies are increasingly a positive force for society and, as people see their governments let them down, [they] see companies replacing that role.” Precedent, not just recent proof, should also give hope. As Kaplan notes, “the idea that shareholder value is the only way”, she says, “is just a consensus”. Post-war, in a time of great need, fragility and change, the consensus was that business must play a leading role in rebuilding society. Now, facing new dangers, we must find our way back.

Time Partners has been a leading voice in the movement to build more ethical businesses and to measure economic, social and environmental impact. In recent years we have created the External Rate of Return, which allows businesses to measure and harness their impact in a truly holistic way. We are thrilled that many organisations have now adopted our methodology, including the BBC.

and receive our articles via email

Any cookies that may not be particularly necessary for the website to function and is used specifically to collect user personal data via analytics, ads, other embedded contents are termed as non-necessary cookies. It is mandatory to procure user consent prior to running these cookies on your website.